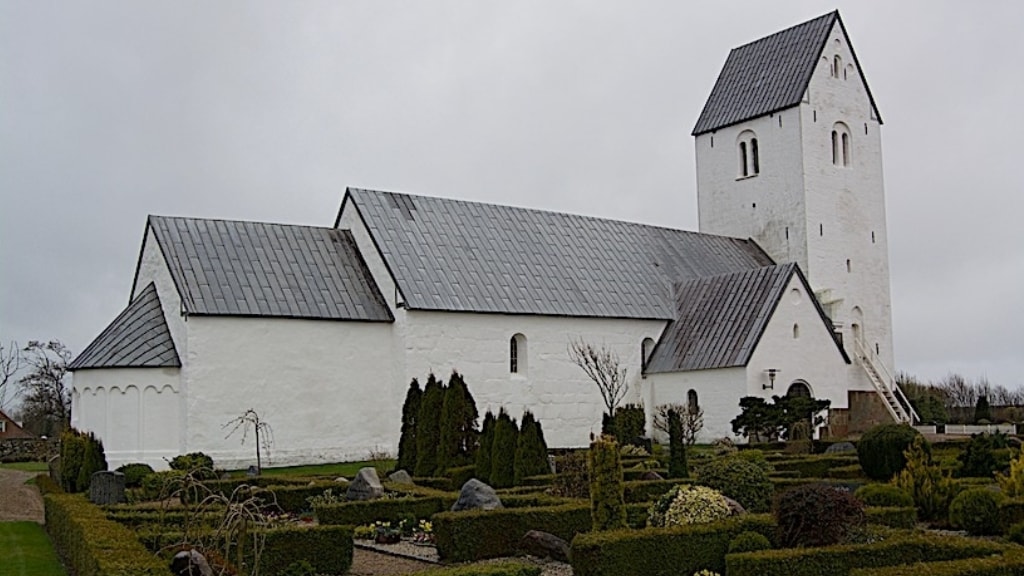 The church on the island of Fur was built before 1126 and is among the oldest in the Skive-region. The oldest parts of the church, apse, chancel and the eastern part of the north wall, are built of the islands famous "redstone". Already in late Romanesque time, the nave was expanded. Tower and porch are late mediaeval buildings, which were built of reused granite ashlar. Bricked-up belfry lights reveal that the tower was heightened at a later stage. The altar has late Gothic style side panels depicting the 12 apostles.

The church is located only 500m from the ferry berth.