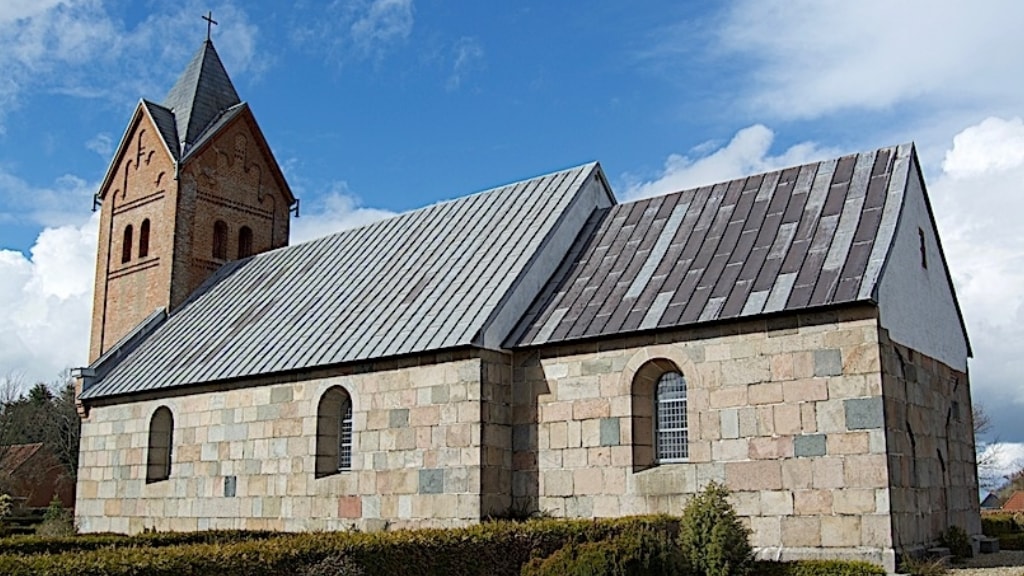 Rormanesque ashlar church. Just one of the church's orginale windows is preserved. The tower and the porch is from the 19th century. Renaisance altarpiece and pulpit. The bell dates back to 1447.
The communion table is from the time of the Renaissance in 1617, and it depicts five of the six virtues. The altarpiece is next to the communion table, and the painting on it is probably paid by Henrik Below from the nearby mediaeval castle Spøttrup Borg. He presumably also paid the distinctive and beautiful painting of the Communion, as it resemble the dinning hall on Spøttrup Borg.