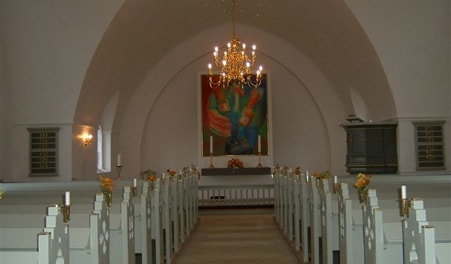 Hjerm Church East was built in 1904 of red bricks. It has short transepts, and to the west there is a tower with a tall pyramid spire. The roof is covered with slate. The church is built in a simple neo-Gothic style, and the interior of the church consists of whitewashed Gothic arches.