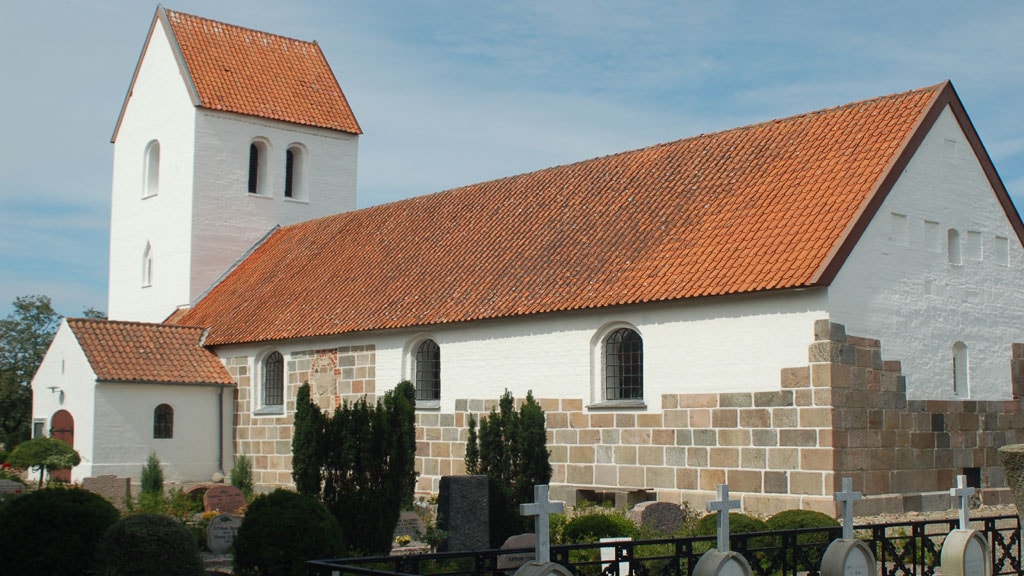 From the outside, the church appears as a long house church with no visible transition between chancel and nave. The nave, built of granite ashlar, is the only remaining part of the original Romanesque church.
A man Albert Skeel was in 1609 executed for the violation of the law of property, and when the church was renovated in 1932 the workers found a skeleton that has its head separated from its body under the pulpit. The remains is assumed to be Albert Skeel, who in complete secrecy was returned home in order to be buried.