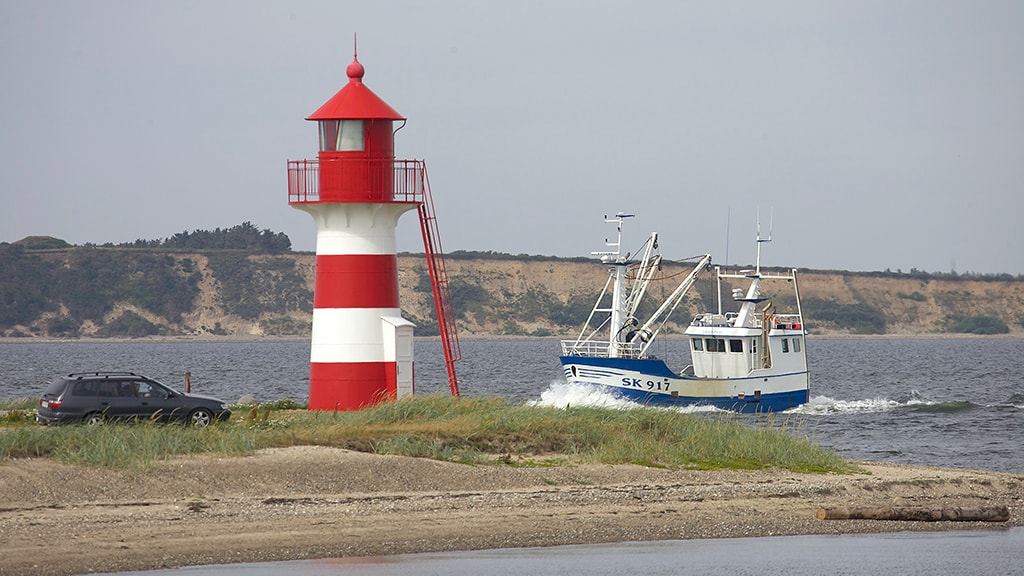 When the sea broke through the isthmus Aggertangen in 1825, Oddesund became the umbilical cord for traffic connecting Thyland and Hardsyssel, and the connection across the narrow sound therefore became a bottleneck on the major West Jutland trading route from Thy to Germany, rendering the old-fashioned rowing boat ferry service inadequate. In the years 1861-64, a small harbour was therefore founded on the northeastern side of the spit, where it may still be seen. When the Thy railway line was established in 1880-82, one of the very earliest steamship connections was opened here in 1883, the dilapidated port for which may stille be seen. In 1938, the bridge across Oddesund was opened.

In times of war and crisis, Oddesund held great strategic importance. Evidence of this is the considerable bunker fortifications constructed by the German forces during World War II.