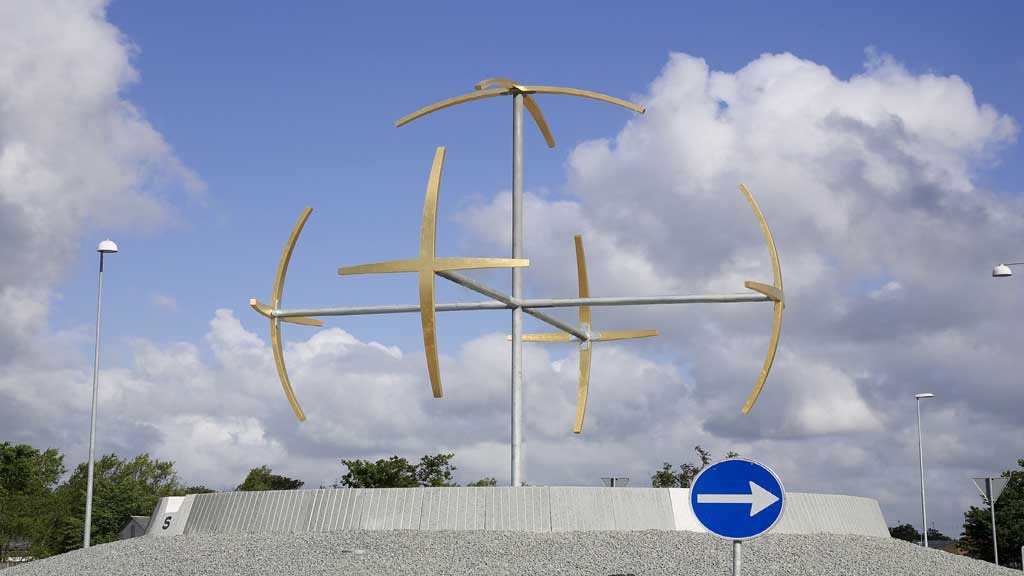 Story
The Sun and the Sign are about what it means to be a human being. The Sign encourages us to think about the special characteristics of being a human being. Like other living creatures - e.g. birds and cows on a sunny spring day - we rejoice at a clear blue sky, but we differ at one particular point: We are apparently the only beings on Earth who make signs and symbols of the sun. However, this characteristic is shared by all human beings on Earth, from the moment we learn to draw.

Form
The Sign was inspired by the Sun Sign of the Bronze Age which is known from a large number of petroglyphs. Here the sun is depicted as a circle with an X or a cross in the middle. In terms of idea the Sign was inspired by all the symbols, signs, and meanings that man through the ages has ascribed to the sun and the sun god. From the Egyptians’ Ra, the Sumerians’ Utu, the petroglyphs of the Bronze Age, and the Greeks’ Helios to the Inkas’ Pacha Mama. To mention but a few.

To Jacob Jensen Design it is a very special story that is associated with the Sign. On the day when Timothy Jacob Jensen began his apprenticeship with his father, Jacob Jensen, he was asked to draw vertical and horizontal lines on a big piece of paper. Again and again, until he understood the two dimensions that can also be regarded as life and death. On the second day he was asked to draw circles, both as practice and as a picture of the world. In the Sign

Timothy has made the vertical line longer than the horizontal one symbolising that life is stronger than death.